Eric Frazier owns and operates one of the best jazz and blues production companies in the entire city. 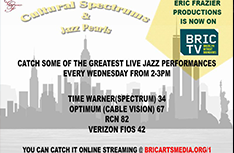 As a jazz musician, Eric Frazier knows talent when he sees it. That’s why he established Eric Frazier Productions in Brooklyn, NY, to tap into the... 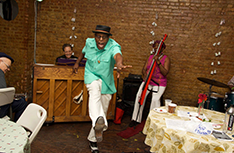 For over a decade, Eric Frazier has been producing top-notch jazz all over the country and around the world. As an entrepreneur, he has invested his... 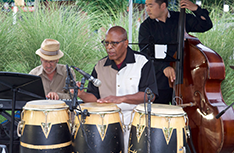 One of the purest roots of classic American music is embodied in the blues. For centuries, the distant remnants of the African roots of...

Come out to hear the best blues and jazz in Brooklyn at the Eric Frazier Productions Jazz Festival!

Brooklyn, NY has a storied tradition of producing some of the most legendary artists of all kinds in American history. Today is no different. Eric Frazier, of Eric Frazier Productions, is an entertainer, entrepreneur, and educator who embodies the traditional sound of his exemplary antecedents by blending the unique sounds of jazz, blues, salsa, R&B, soca, and world beats to his music.

With an unmistakable sound that is uniquely his own, Eric Frazier has achieved international and national acclaim over the last decade as both a performer and a teacher. Now, he is making his talents available for today’s up and coming jazz and blues musicians through Eric Frazier Productions in Brooklyn.

When you are trying to break into the music business, it can be one dead end after another. Eric Frazier Productions is offering serious Brooklyn musicians the opportunity to get their foot in the door. Tune into hear Eric Frazier on jazz radio, WLIU 88.1 FM and on cable TV each week!